Before his tenure as City Councillor for downtown, McKeen served as volunteer director of the Downtown Edmonton Community League, the Edmonton Mennonite Centre for Newcomers, the Downtown Vibrancy Task Force and the Lieutenant Governor’s Circle on Mental Health and Addiction. He has spearheaded council initiatives related to heritage, housing, public safety and urban Indigenous people. 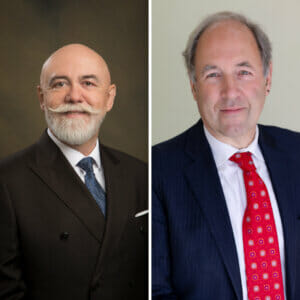 In his endorsement, McKeen stressed Ben’s many years advocating for underprivileged  Edmontonians, his integrity and kindness.

“I am an unabashed fan of Ben Henderson. My respect for him started when I covered Councillor Henderson as civic affairs columnist with the Edmonton Journal. Respect evolved and grew into fondness during my eight years serving with him on City Council,” said Councillor Scott McKeen.

“Ben is bright, he has a sense of humour — he can actually laugh at himself, which is rare in the ego-eat-ego world of politics — and he is kind. His kindness is demonstrated in his relentless advocacy for vulnerable people, underprivileged families and starving artists and taxpayers. Small point, perhaps, but I’ve never heard him say a nasty thing about his council colleagues. This is another rarity in politics. The other thing I came to admire is his mind. Ben sees things others don’t see, in complex policy debates and even in everyday discussions about his passions, be it theatre, golf or curling. Ben Henderson is all of that, and down to earth as they come. I wish he were running in my riding as I’d be proud as punch to have him as my Member of Parliament.”

“If I’m elected as the Member of Parliament for Mill Woods, one of my key priorities will be working with my colleagues in Ottawa to ensure Edmonton’s economic resiliency by focusing on creating quality jobs that take advantage of our highly skilled workforce here in Mill Woods and Edmonton,” said Ben Henderson. “Every day, as I knock on the doors of nurses, electricians, engineers, and university students, I’m reminded of the amazing potential we have to be a globally recognized economic powerhouse. I’ve spent the last 14 years on City Council working with my colleagues to advocate for the type of investments from the provincial and federal government that can make this our reality — in Ottawa I’ll do the same but, with more levers at my disposal and a seat at the decision-making table, I’ll be able to accelerate this work.”